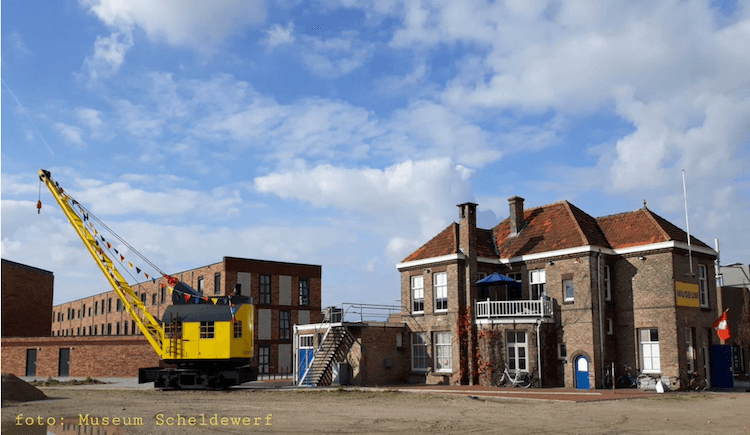 Since 2009, Museum Scheldewerf has been housed in a villa next to the old Machinefabriek on the former shipyard site of KMS de Schelde in Vlissingen. In 1918, the villa was built as a bandage room (“Verbandkamer”). It housed the first industrial medical service in the Netherlands. Various objects in the former treatment room still bear witness to those times.

In the early 1960s, the company health service moved to new premises across the street. After that, the villa served as an office for the employees’ committee and trade unions until 1997. In the summer of 2009 the Foundation Shipbuilding History Vlissingen was founded. The City of Vlissingen made the Verbandkamer available (on loan) for the establishment of the museum that is maintained by the foundation.

The museum shows the impressive, over 100-year history of De Schelde shipyard, through objects, documentation and media presentations. In addition to the permanent collection, it offers annually changing exhibitions and lectures. Interesting excursions are organised for primary and secondary school classes.

The foundation’s volunteers give group tours of the Museum and its immediate surroundings, sometimes combined with the Sun Train, museum ship De Mercuur and Panorama Walcheren. Museum Scheldewerf is also a bicycle café, an important facility for tourists.

In 2021, the loan came to an end. The City of Vlissingen offered to sell the building to the Foundation for 100,000 euros. After an intensive period of fundraising, the building became the property of the foundation on January 1, 2022. This saveguards the museum for the future.

The Family Fund Hurgronje made a financial contribution to the purchase of the building.