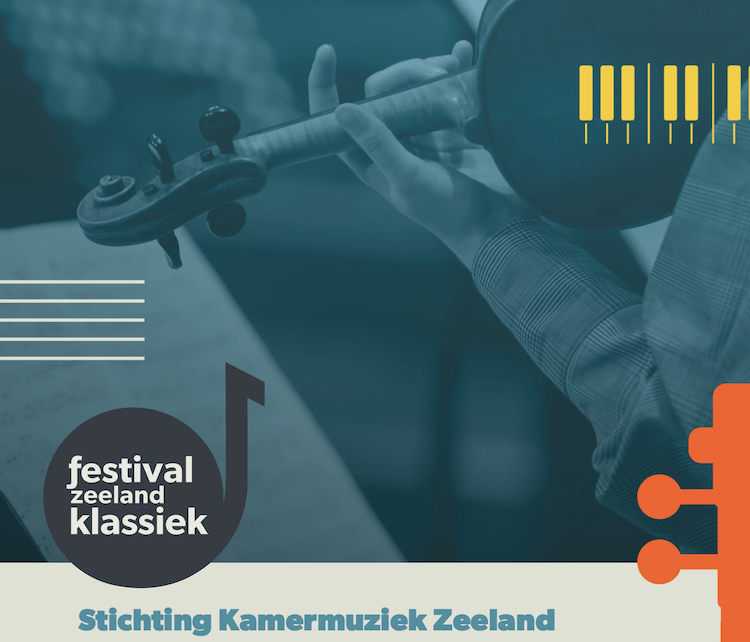 From July 1 through 10, 2022, the Zeeland Classical Music Festival took place across the province. This year’s theme was “The sound of water”. As water flows through the province, so the concerts were spread across the region. In regular concert halls, but also at unique concert venues linked to water.

There was the Oyster Tour in Yerseke, with oyster tasting during a round-trip boat trip, accompanied by appropriate music; The Little Merman, a family concert in De Mythe in Goes; music by Johannes Brahms during the programme At the Lake of Thun in the Zeeuwse Concert Hall in Middelburg; as well as 11 other performances featuring a wide range of (inter)national musicians.

The Zeeland Chamber Music Foundation (SKZ) has been organising chamber music concerts since 1990. One of the events organised by SKZ was the Chamber Music Festival Middelburg. Festival Zeeland Klassiek is its successor. With the arrival of our very enthusiastic artistic director Lisa Jacobs a few years ago, we decided to expand further into the province. We thought it would be a good idea to link the festival with Zeeland’s cultural heritage. That is how the Zeeland Classical Music Festival came into being.

For those who don’t know: chamber music is classical music for smaller ensembles, not for orchestras. Everything from solo concerts to ensembles of fifteen people. The advantage of a chamber music festival is that you can place musicians in small, special locations. That’s how you make it more attractive for visitors; it’s not just the music but also the setting. That is how we want to distinguish ourselves from the usual concerts. Thus says the chairman of SKZ, Sjaak de Blauwe.

Musicians from home and abroad

A wide range of musicians from the Netherlands and abroad participated in the festival. Top musicians like cellist Harriet Krijgh, violinist Lisa Jacobs, and Latvian pianist Lauma Skride, and the brass ensemble Belgian Brass are just a small selection. For more information, see the website of the Zeeland Classical Music Festival.

The Hurgronje Family Fund has made a financial contribution to the realisation of this festival.